Beside of doing architectural visualization Rainstorm’s hobby is playing around with C4D. 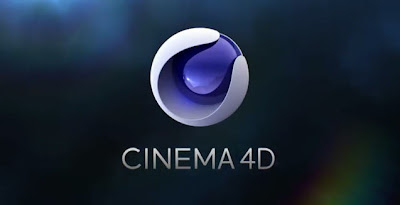 Check out video featuring amazing 3D animations from around the world, the CINEMA 4D 2011 reel marks the imminent release of the new version of MAXON’s 3D modeling, rendering, painting and animation application.

When an award–winning Australian animation studio faced an uphill battle to deliver a critical project on time, it called on Seagate’s enterprise hard drives for a big storage assist.

The studio, The People’s Republic of Animation(PRA), provides animation for TV commercials, as well as for hit games for Sony’s PlayStation 3 and PSP, Microsoft’s Xbox 360, and Nintendo’s Wii platform.

But with increasing demand for high–definition and 3D animation, PRA’s technology was stretched to the limits when it embarked on a high–profile project for Sony.

Sony’s wanted PRA to create a 90–second animated trailer for a new video game—a big project for a global client that could cement the Australian studio’s reputation as a leading player. But the studio faced a major problem:its server had slowed dramatically due to the massive production load.

With as many as 30 creative developers accessing the server simultaneously, network speed was sluggish, with a throughput of just 2MBs–per–second.

In this video tutorial Nick Campbell shows you how to use the new Depth Of Field settings in Cinema 4D R13 The new physical camera and physical render settings allow us to set the f-stop to control the amount of Depth Of Field just like in a real camera. It even allows us to push it more than a regular camera would let us for super-shallow DOF effects

you can see more tutorials at greyscalegorilla.com/​blog

DreamWorks Animation is working on opening a studio in Shanghai, reports Variety. The facility will produce films for the Chinese market. RSR Partners is engaged in recruitment for top exec posts.

This move would advance the company’s move into the region. The animation firm has found success there with the KUNG FU PANDA franchise. DreamWorks recently signed an agreement with Youku.com to bring the films to online streaming in China.

DreamWorks Animation SKG, Inc. today announced that it will bring Rumblewick to the big screen. Director…

On May 18, 2006 Tom’s Guide has been published a insider review about ILM (Industry Light and Magic) ‘s render farm and their CTO (Chief of Technical Officier) Cliff Plumer.

These are source to the publishing

“Cliff Plumer isn’t a household name and tabloid photographers certainly don’t recognize him. Most of MobilityGuru’s readers have probably never heard of him. Yet, there are few people in the computer industry whose work has been more influential and seen by more people. Also, for all the challenges he faces, Plumer has one of the coolest jobs in the world.”

These most interesting part to Rainstorm Film is this chapter about Render Farm setting up and manage journey.”

While Lucasfilm is most noted for its huge AMD CPU based render farm that makes its visuals shine, the move gave the company an opportunity to further expand the render farm to include the entire corporate Workstation…